You ever have those weeks where you are feeling like the least productive person in the world and then, bam in one day you become the most productive? Well this has been my week and hopefully the rest of today falls on the productive side!

Anyways, enough about that. Time to continue the New Zealand travels recap!!!

After breakfast I walked down to the skydive shop staring at the sky the entire way wondering if they would let me go today. Upon arrival I found out it was again too windy to  go, but they were hopeful and said come back in 3 hours…

While chatting with my fellow disappointed non-skydivers, I picked up on a guy’s accent, he was from somewhere in Jersey or Philly area. So we began to chat, turns out he was from South Jersey and studying abroad right outside Melbourne!

I mentioned I wanted to get some hiking in while I was waiting and he asked if he could tag along, I said of course, and off we went!

We had a stunning, albeit challenging hike full of life stories, memories, nostalgia, and the joy of the things we had experienced abroad. It was wonderful to share such a beautiful hike with such a sweet boy.

Upon returning into Queenstown and the dive shop, the skydive people informed us all dives were cancelled for the day due to a storm coming in.

I was a little dejected, but not for long when I decided to look at this as a gift for what other things I could experience while in Queenstown!

I met up with a couple of my roommates while strolling around the adorable shops and shopping district in town and we chatted, shared tea, and learned more about each other’s lives.  It was such a relaxing activity and brought me such joy. Plus, all the shops in Queenstown are super adventure filled and perfect for a running and nature junkie like myself. I held myself back from buying too much, however I picked up a cute necklace, a New Zealand patch, and a pair of socks. 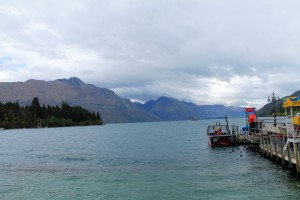 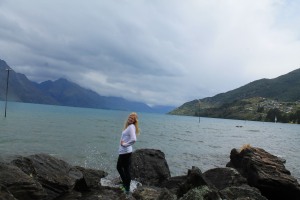 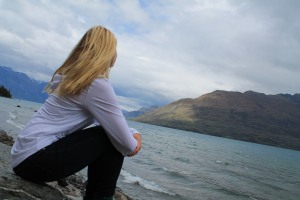 After the stroll, my day was not yet complete, I hadn’t hiked enough! Despite the bit of rain that was coming down, I laced up my runners and went out for some amazing and stunning run/hikes. I ended up running, taking photos, and hiking for 5 hours. 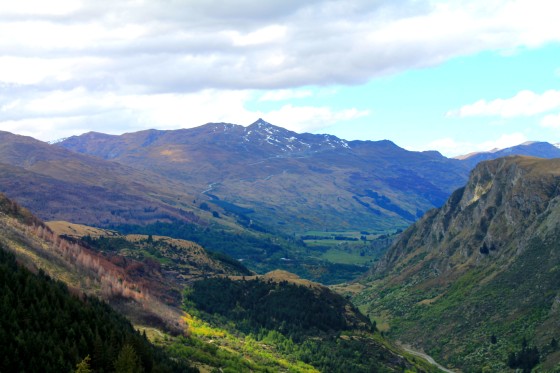 Coronet Peak (where we had hiked earlier on)

By the time I returned I was exhausted, but my roommates asked if I wanted to go out for dinner with them and I said “of course!” So instead I took a shower and hit the town in a very relaxed fashion until 10pm when we called it a night.

The next morning we were told to be on the bus, ready to go by 7:00am and they would have packed us a breakfast. We drove through a stunning (can you catch a trend on the views here??) national park on the way to one of the Seven Natural Wonders of the World and one of the wettest places on earth, Milford Sound. It was very, very rainy and our tour guide did the typical tour guide thing by trying to make us like the rain by saying “it is actually better that it is raining today because it brings out stunning waterfalls that wouldn’t normally be here.” Which sounds like a cop out but it wasn’t at all! Due to the crazy weather the waterfalls WERE stunning, we drove through hail, and a bunch of snow! 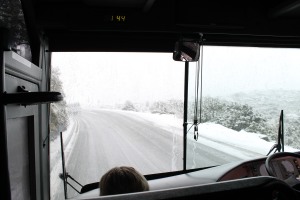 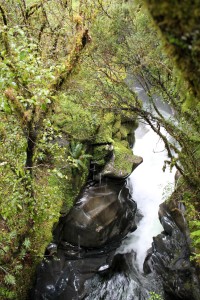 Upon reaching Milford Sound which really isn’t a sound but instead a fiord, which is where a glacier lake meets the ocean, we boarded a 3 hour boat cruise that was AMAZING!

We saw amazing waterfalls, seals, rare Fiordland Crested Penguins, and even went under the waterfall! I’ll just let the pictures do the talking. 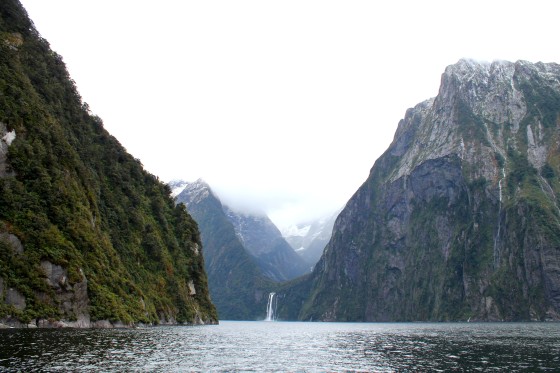 After a drive back the same way we came (because there is only one road) we saw the same stunning views and scenery but instead of going all the way back to Queenstown we stopped at a cute little mining town, which wasn’t really a mining town, instead our lodge that was decorated to be a mining town.

Now when I signed up for this TopDeck trip I envisioned crappy hostels and small twin beds, instead every night we seemed to have an upgrade! At this lodge we had everything! It was a basically a three full bed 5 star hotel.

After an hour of warming up and relaxing playing cards and sipping hot chocolate, the entire tour reconvened for dinner at one of the 3 restaurants in town. Since it was FREEZING out due to some flurries of snow, I ordered the most delicious mussel chowder for dinner. Our options post dinner were to go back to the lodge and sleep or stay and watch the local color over wine… Well I chose the second option. The four of us who stayed had a wonderful, hilarious time people watching and sharing life! We even got the waitress to sit down with us and tell us all about her very new boyfriend! 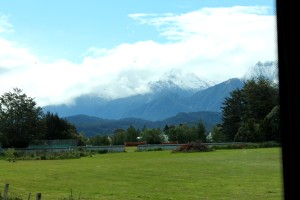 The view from our lodge

And that is how day 6 of an amazing trip to New Zealand ended! 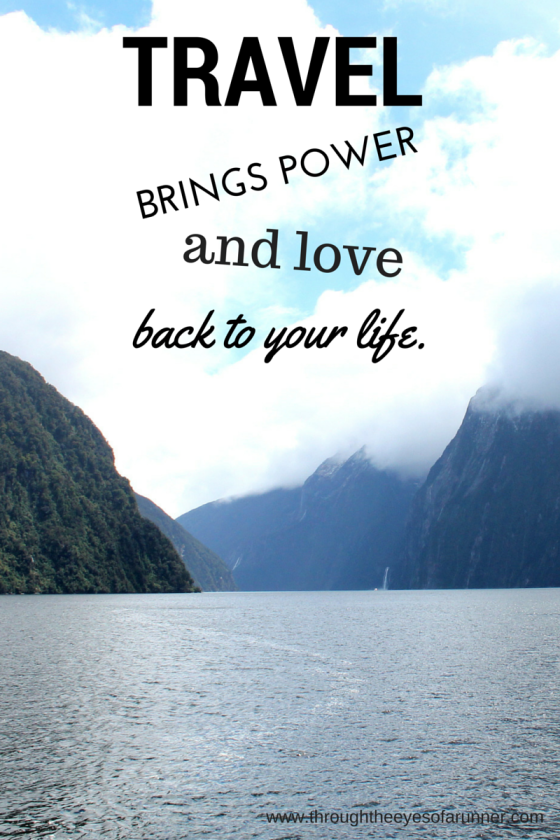 The final part to this series will be up on the blog on Friday! I look forward to seeing you then!

16 thoughts on “Days 5 and 6 of New Zealand Trip Through the Eyes of a Runner.”